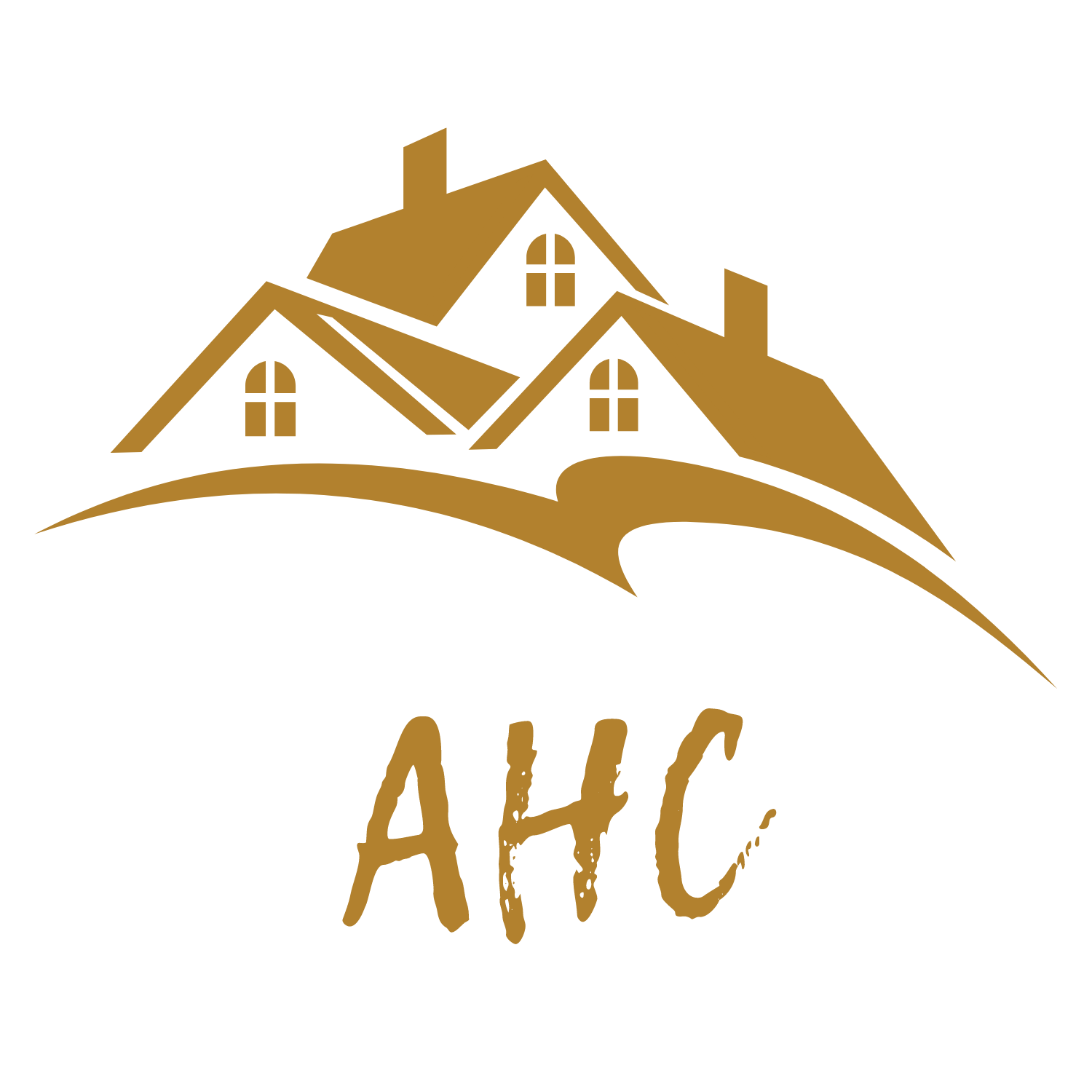 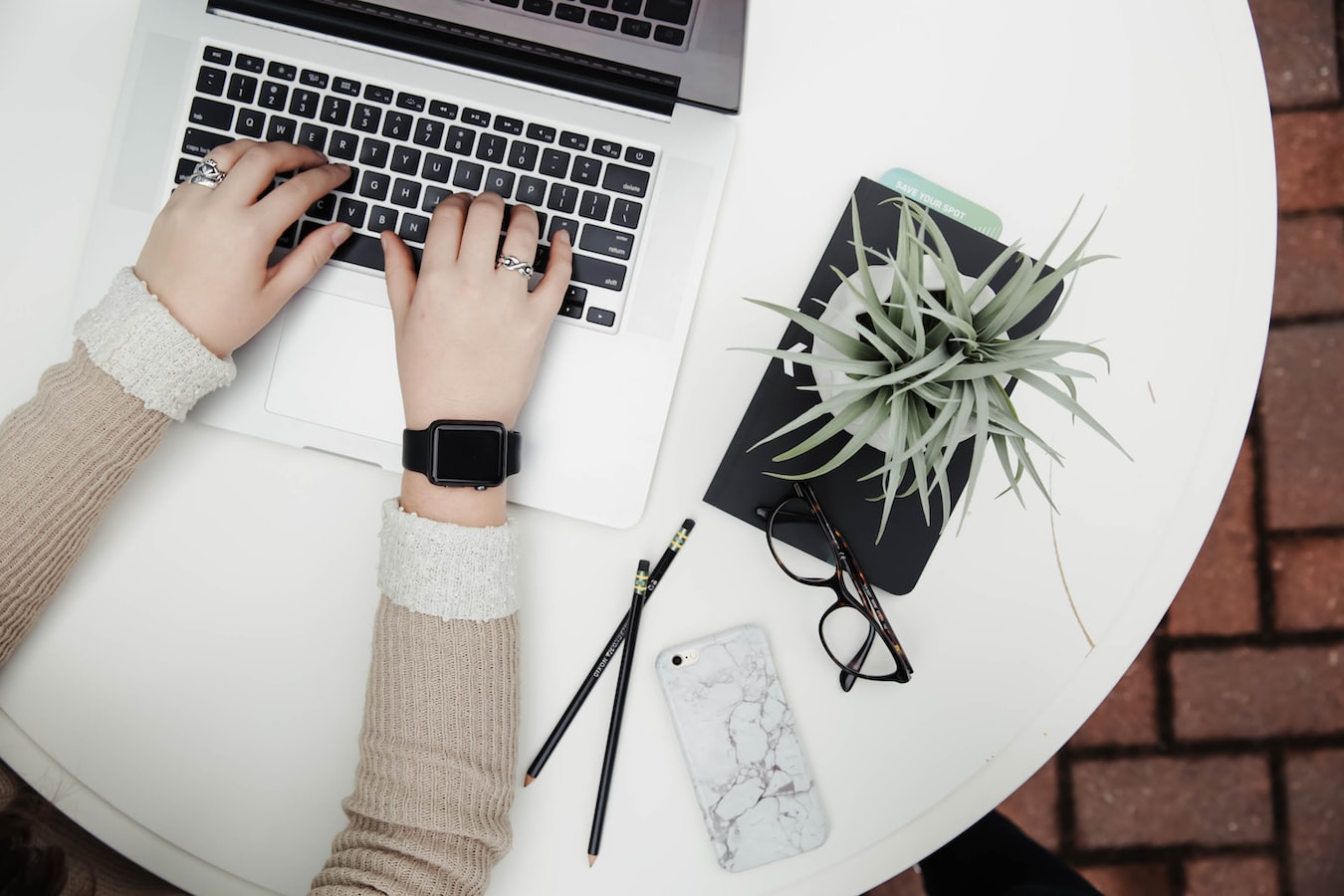 Why is Zadar so special?

Whether you’re looking to explore the untouched nature of Croatia or the history, the city of Zadar makes an excellent starting point.

Located about an hour away from some of Croatia’s best-known national and nature parks, historic cities, and islands, Zadar is the best town to stay at if you’re interested in exploring the region of Northern Dalmatia. It boasts a rich history with pre-Romanesque buildings, unique monuments, and an old town that lies on a peninsula.

The city sunsets are memorably beautiful. For Zadar, the famous director Alfred Hitchcock said that he experienced the most beautiful sunset there, so settle on the shore at the end of the day, check if he was right.

Its mix of cliffs, bays, and ancient Roman streets will make you want to stay in Zadar forever. We bring you a few more reasons why you should put this beautiful city on your travel bucket list:

The Sea Organ and Greeting To The Sun

The Sea Organ is a unique attraction in Zadar that you will hear before you actually see it. This unique monument consists of polyurethane tubes that are hidden behind the stone steps that descend into the sea. It represents an attempt to communicate with nature via sound. You can sit on the stairs and calmly watch the sunset while listening to the captivating melody of Zadar's most popular attractions. Every sound you hear is completely unique because a sea that is constantly moving never plays exactly the same tune twice.

The nearby Greeting to the Sun is another must-experience in Zadar. It is a spectacular circular installation consisting of 300 multi-layered glass plates and solar cells that, come nightfall, light up. It ties in with the Sea Organ both thematically and physically – this monument represents an attempt to communicate with nature via light, and it’s only inches away from the polyurethane tubes.

While the Sea Organ is best enjoyed during the day, the Greeting to the Sun is much more spectacular at night when it lights up. These two attractions complement each other so well, we recommend seeing them in one visit. 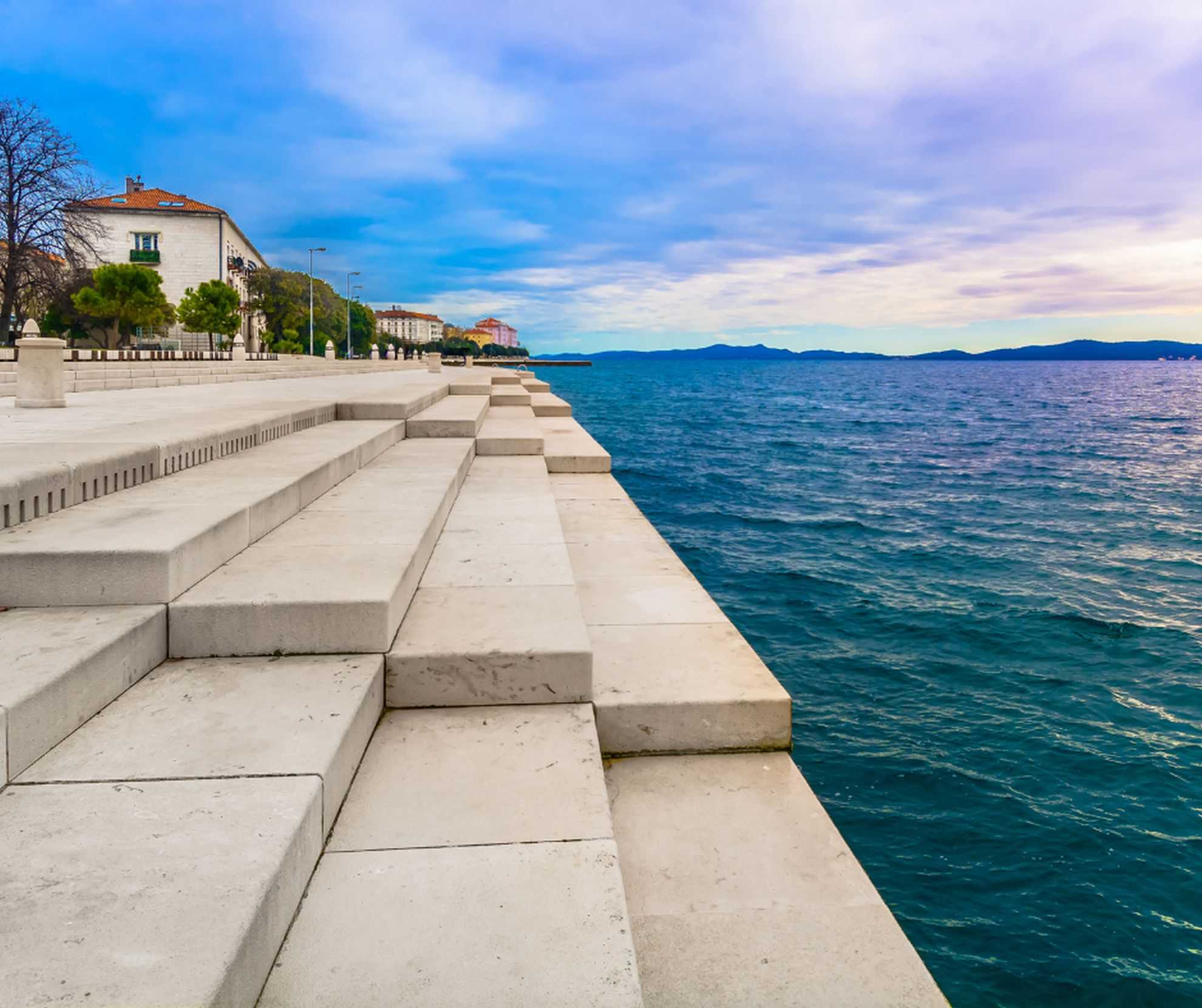 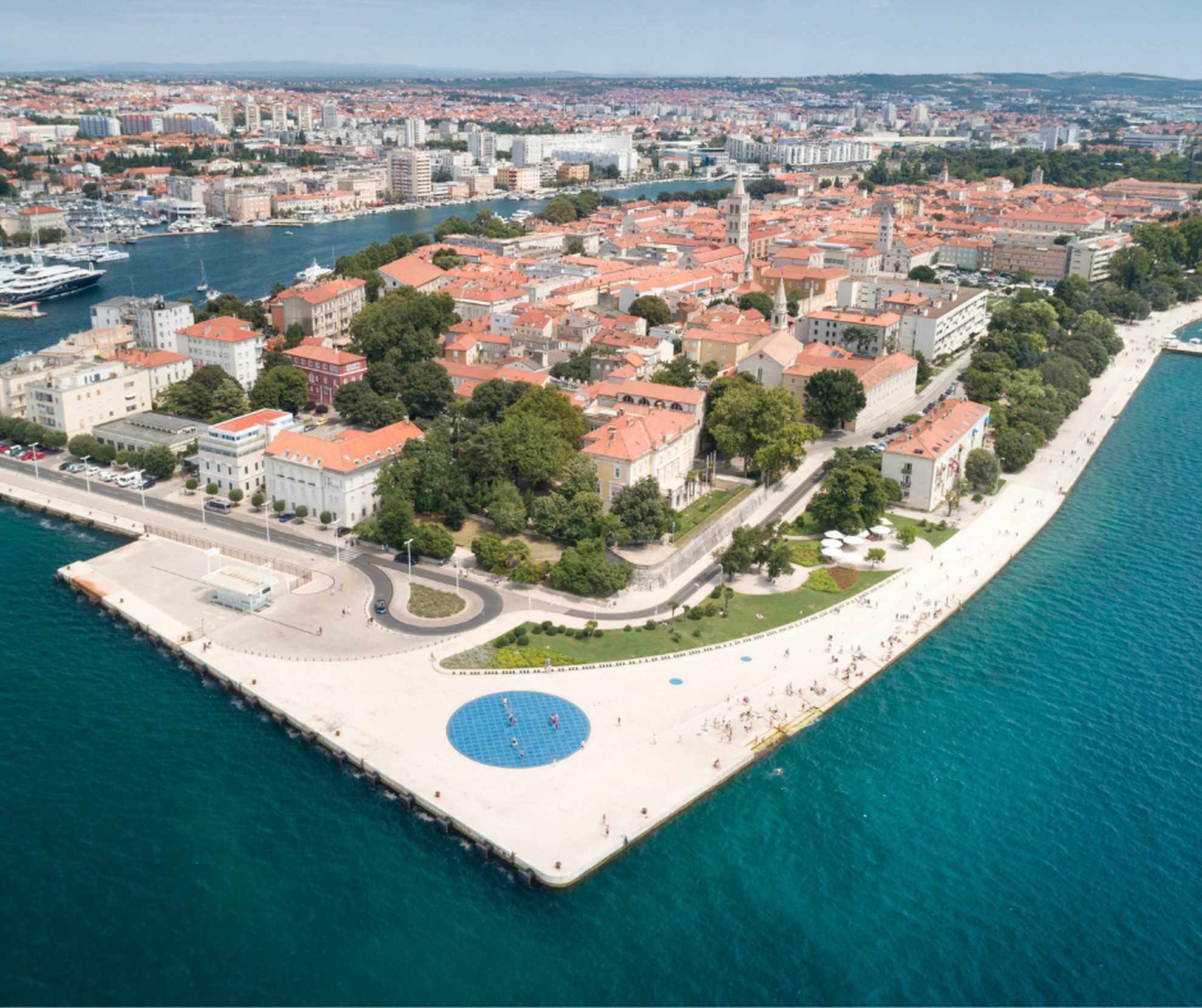 One of the unique traditions in the city is the barkajoli, which have been transporting passengers to the peninsula for hundreds of years It’s a job that is passed down from father to son and is paid for with a few coins chucked onto a coat spread out behind him. Since the 14th century, these persevering guardians of tradition have been carrying passengers over in small boats in all weathers.

The walk that ends on the city walls continues at the other end of the city port, and the easiest and shortest way to get to the other side is to use the service of Zadar Barkajoli. 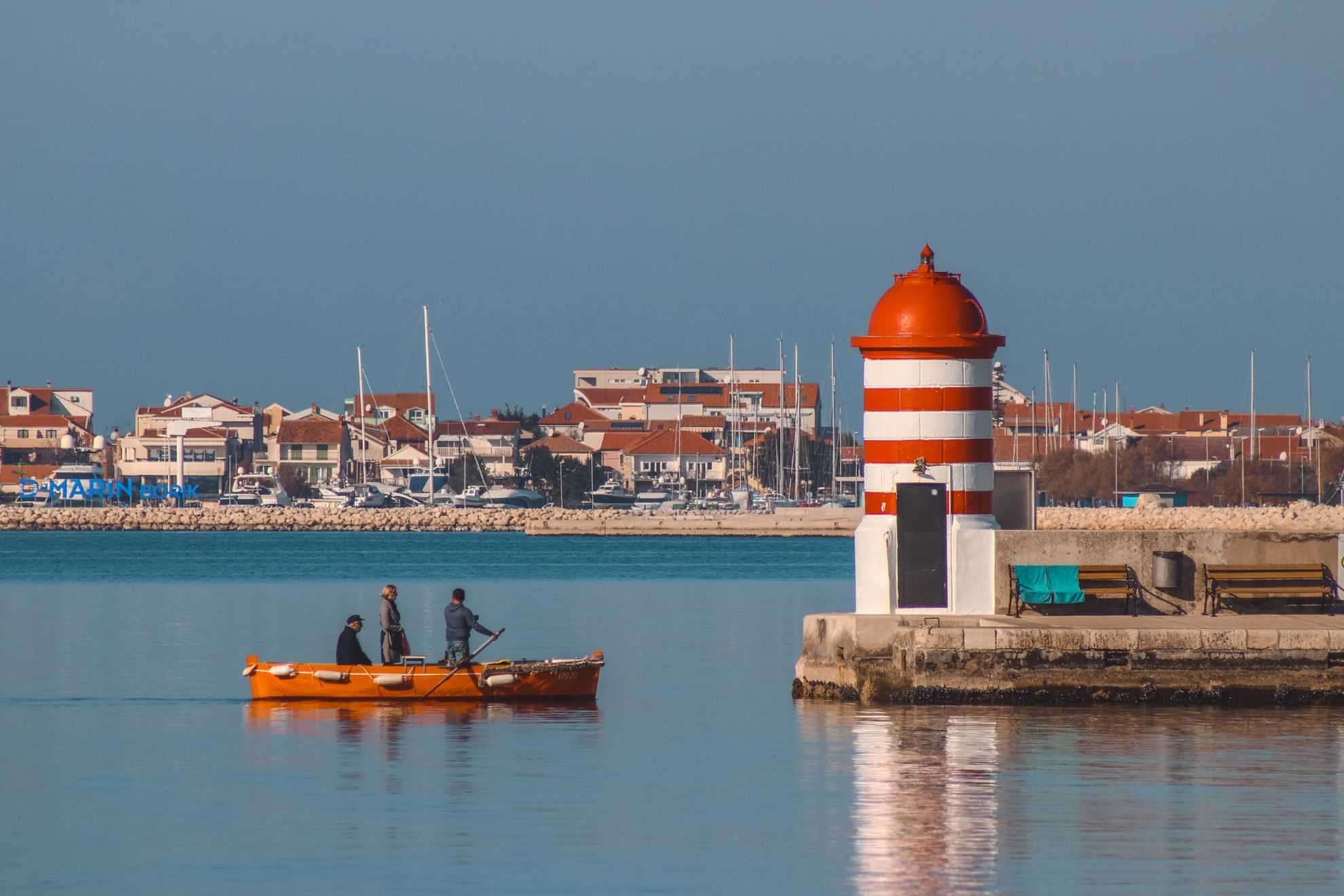 The Church of St. Donatus is one of the oldest and best-known buildings in the city. Dating back to the 9th-century, it was originally named the Church of the Holy Trinity but later re-named after Bishop Donat.

This pre-Romanesque church was built on top of the old Roman forum, the building incorporates many elements of the original structure, including two of the supporting pillars. The church floor has actually been removed to showcase the original stonework of the forum on the ground below, and many of the stones used to build the church were taken from the Roman Forum.

The 27-meter tall church has had a lot of functions in the past, from serving as a warehouse during the rule of the Venetian Republic to operating as an archaeological museum during the Yugoslavian period. 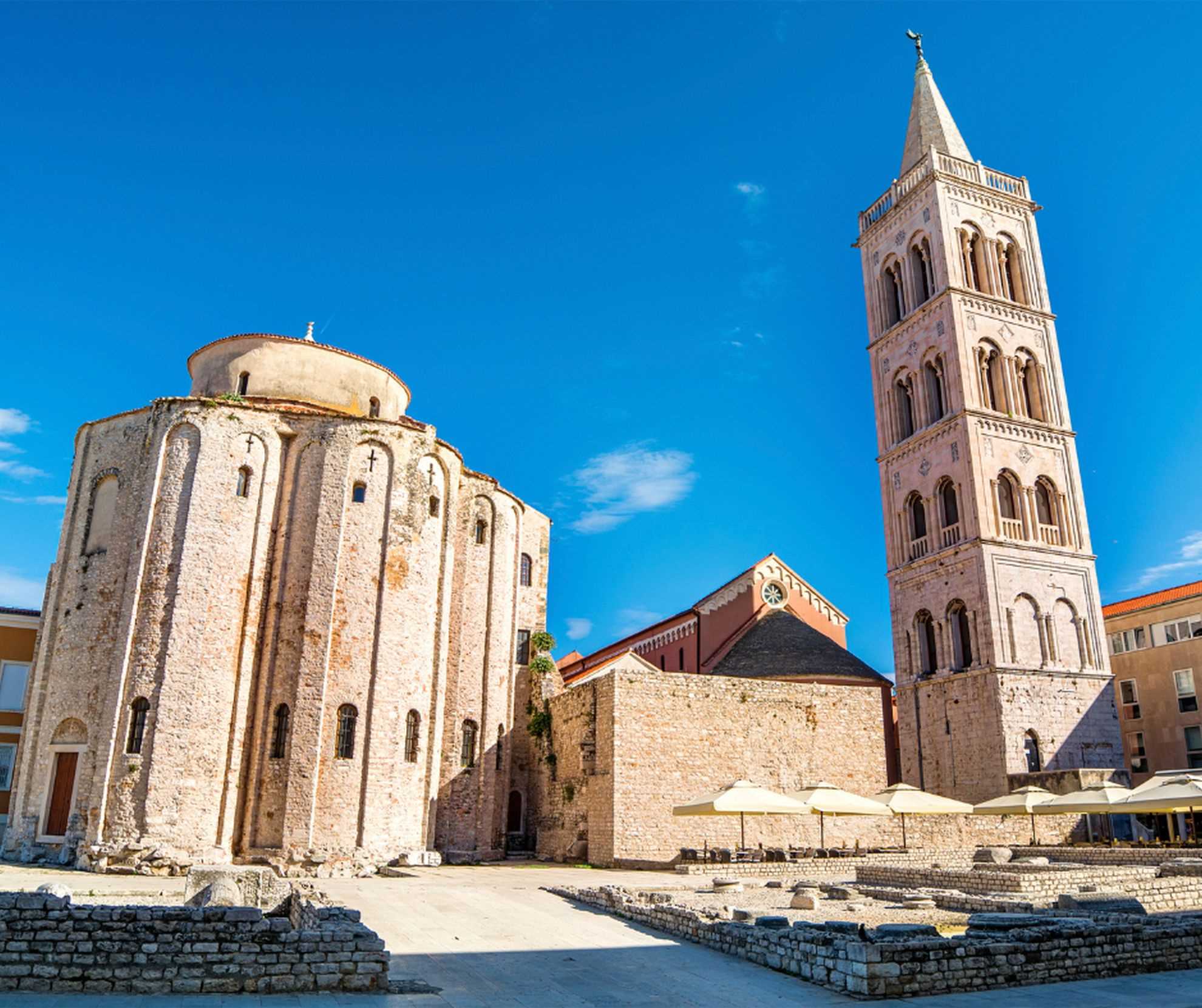 The islands are the most attractive part of the Adriatic coast and a recognizable symbol of Croatia in Europe. There are about 150 islands in the Zadar archipelago and each one of them has something special to offer.

One of the most interesting places to visit is Dugi Otok, home to a scattering of villages. A vacation destination since Roman times, the real beauty of the island lies in its landscapes and natural attractions, including the popular Sakarun Bay and Telascica Nature Park.

In the middle of Zadar's archipelago, surrounded by the crystal blue sea, beats the heart of Adriatic. Heart-shaped Galešnjak is a small island situated in the Pašman canal,  it is one of the world's few naturally occurring heart-shaped objects. The island was highlighted on Google Earth in February 2009, which brought the island to worldwide attention. It is so popular that even a world-famous singer Beyonce celebrated her 39 birthday on this magical island and was listed on the Forbes list of most romantic Valentine's destinations.

Also worth a visit are the islands of Molat, Olib, Pasman, Ugljan, and Premuda with their tranquil settings and beautiful beaches.

We could talk about the beauty of the Zadar archipelago for days. There is so much to see and explore, no matter what island you decide to visit.

If you prefer a tailor-made excursion or unique experience, get in touch and we can help plan and book your ideal holiday. 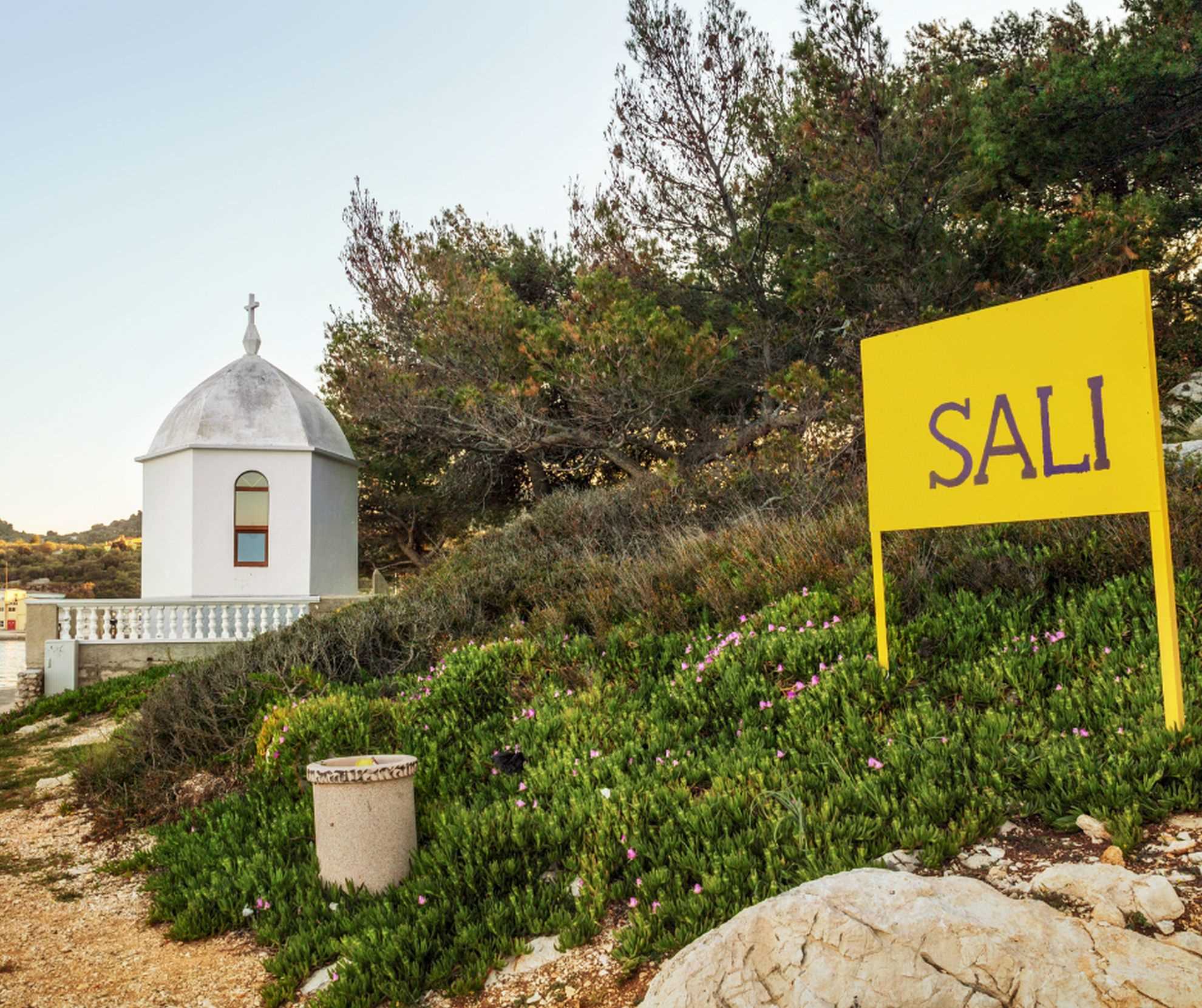 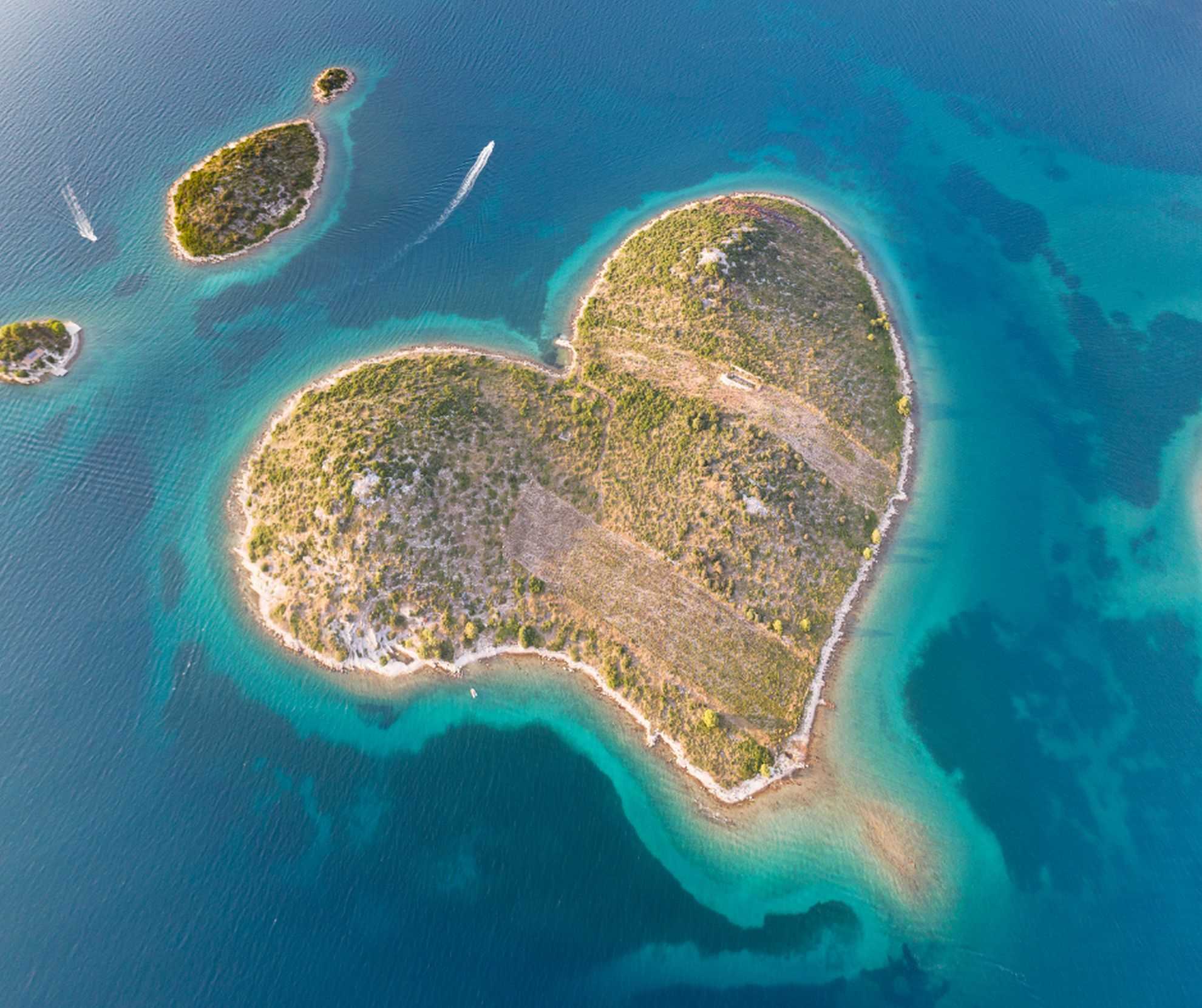 The Museum of Illusions is a great option if you’re in Zadar with the kids and you get a rainy day. Calling itself a smart playroom for the brain, the museum boasts more than 70 different exhibits, including a mirror room, a kaleidoscope, a vortex tunnel, an anti-gravity room, and many others.

It’s possible to view all of the exhibits in about an hour but we highly recommend that you take your time and thoroughly explore this awesome museum. Also, make sure your phone is fully charged – there are lots of great photo opportunities!

If you’ve got a kids' birthday party to organize, you can even hire an illusionist with his own box of tricks. 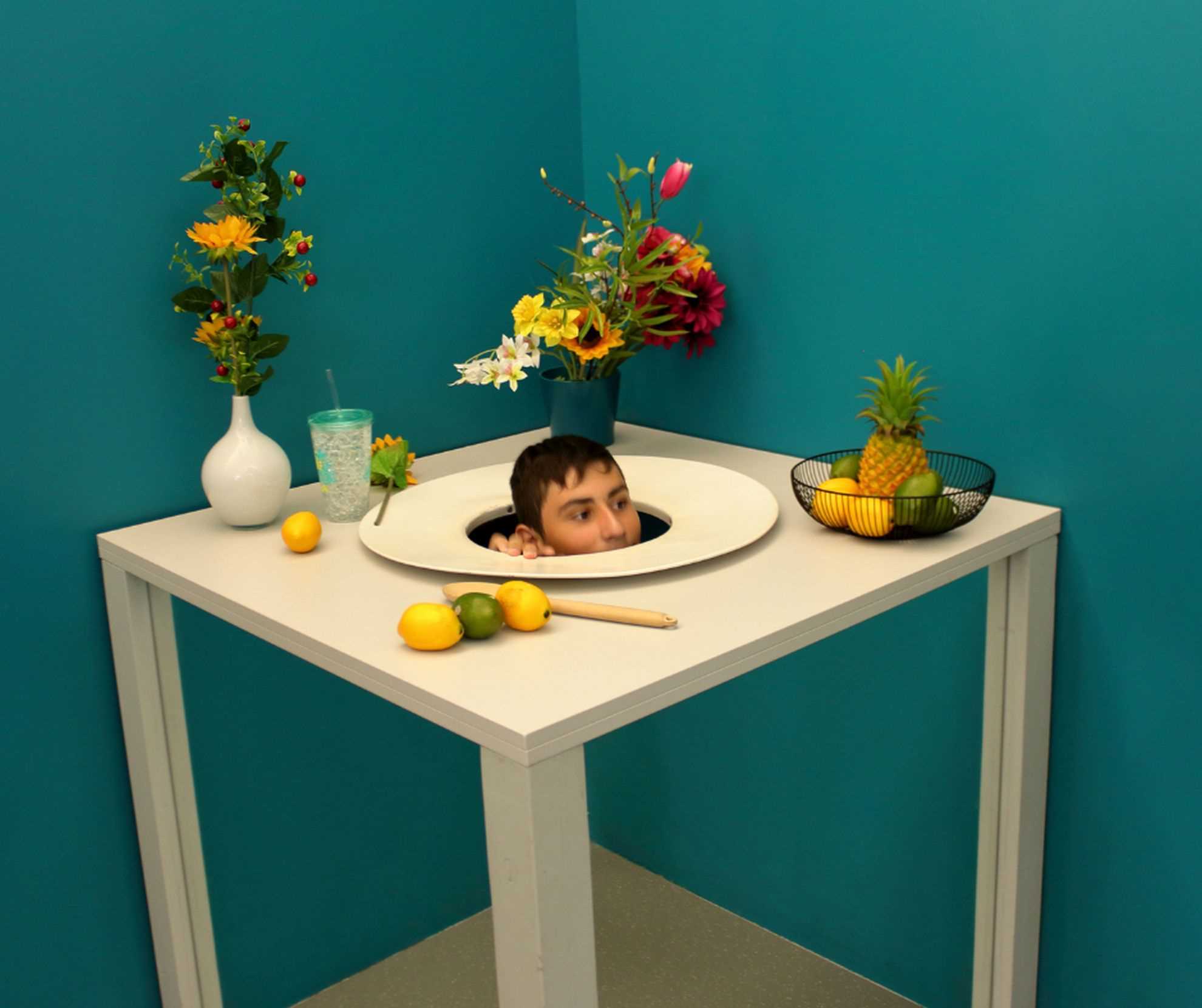 Apart from the rich history and remarkable nature, the city of Zadar and its surroundings can boast pleasant and authentic private accommodation and friendly and kind hosts.

Apartments, villas, and holiday homes along the Zadar Riviera are great choices if you want to enjoy the history, nature, the clear blue sea, and have a relaxing vacation.

For your ideal accommodation, feel free to check out our offer. 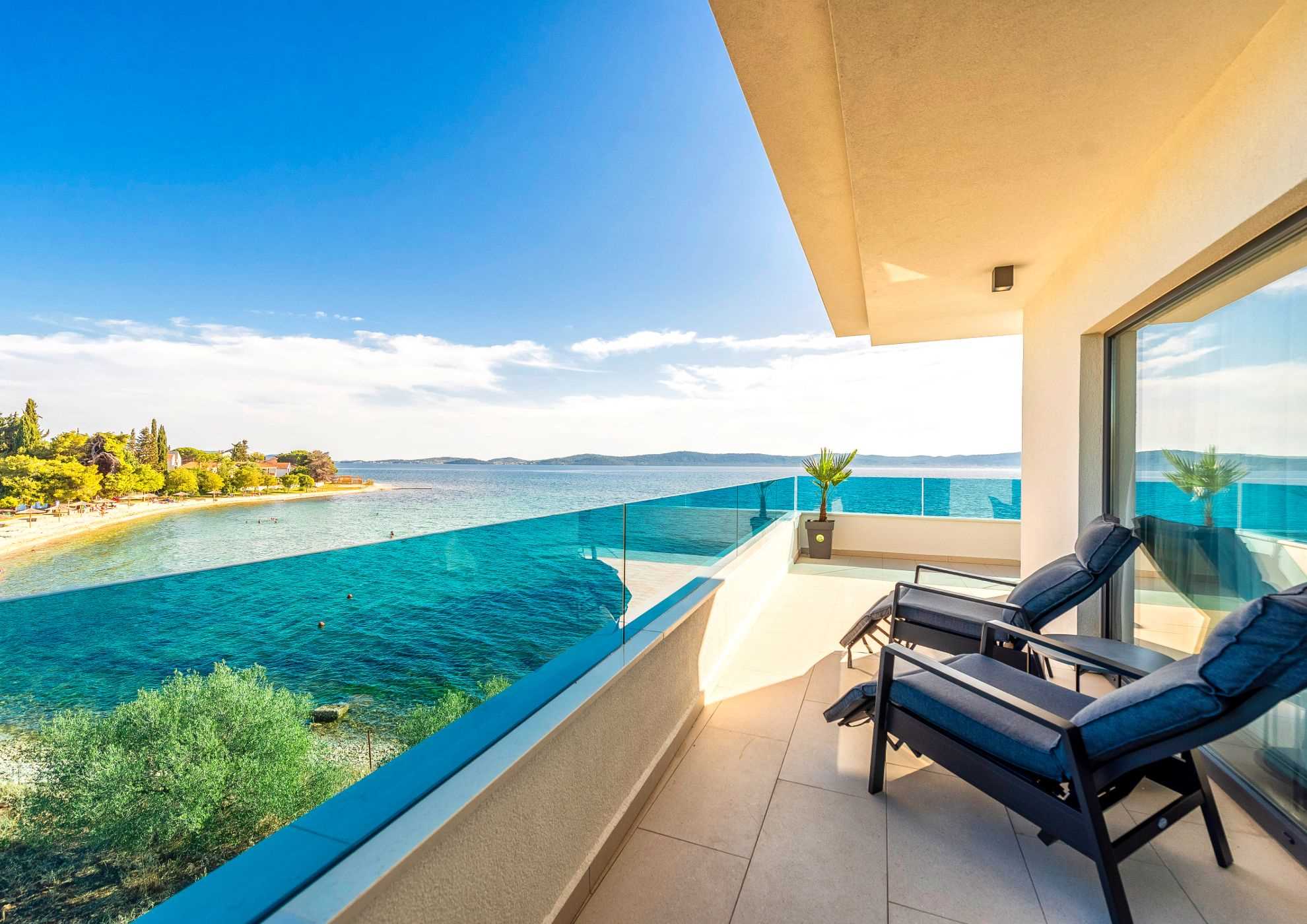 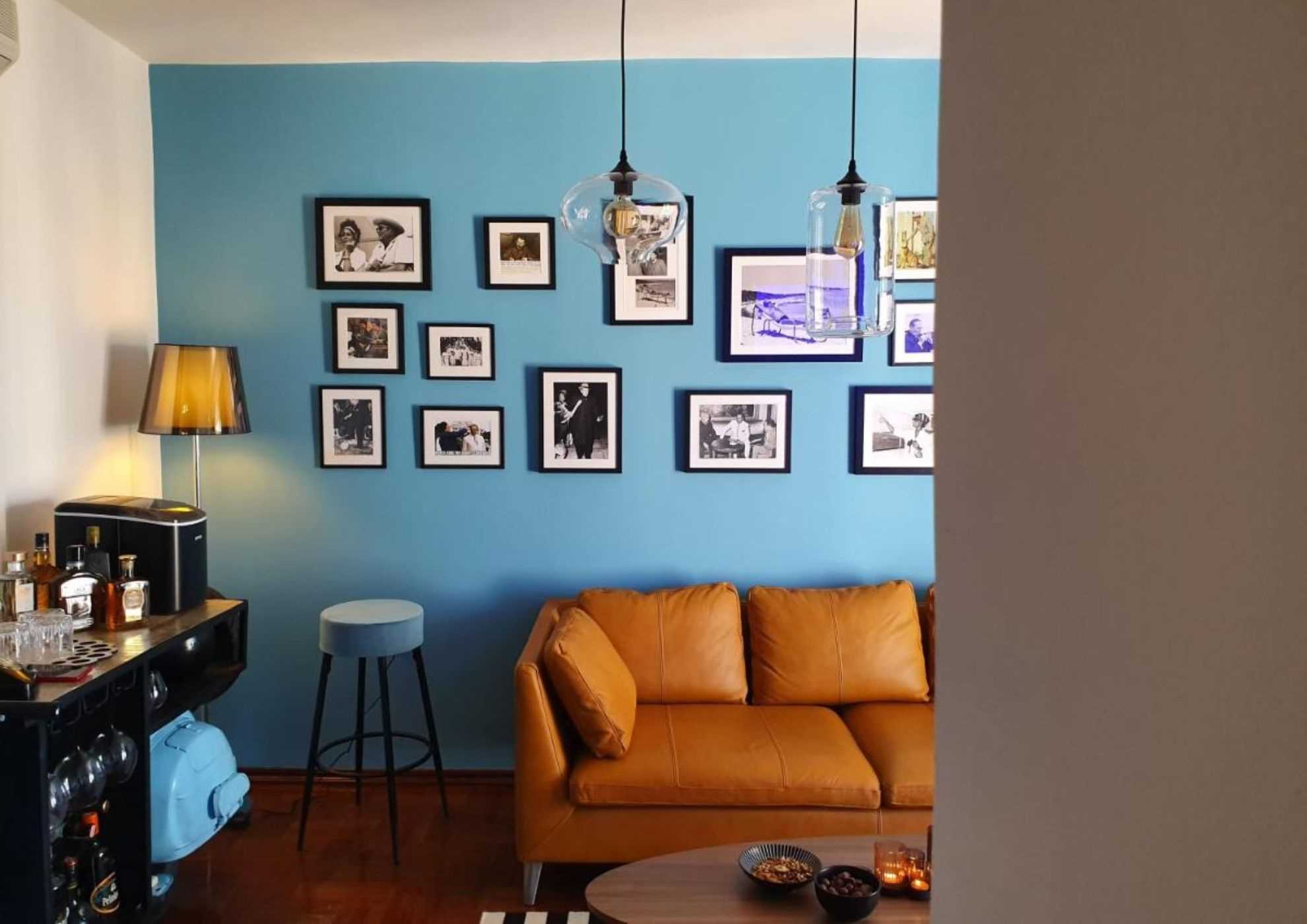 Cosmopolitan and artsy, the coastal city of Zadar is the biggest metropolis in northern Dalmatia but still flies under the general tourist radar. Our advice? Get here before the tourist crowds to find out about it. Culture, history, nature, beach, this city, and its surroundings have it all!

Thank you for your message!
We will get back to you as soon as possible.
Podijeli
Traži
Istaknuti